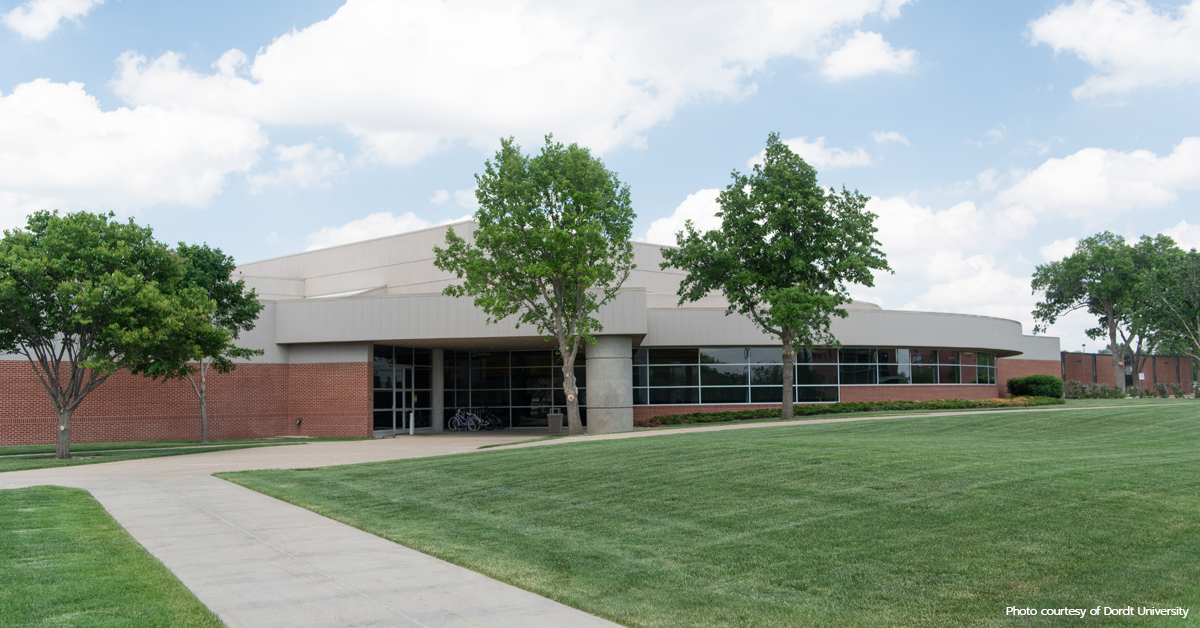 SIOUX CENTER, IA -- A $4 million gift from First PREMIER Bank and PREMIER Bankcard to Dordt University in Sioux Center, IA, honors First PREMIER President and Dordt alum, Dave Rozenboom. The university will use the funds to improve current recreation facilities. Upon completion, the building will be renamed the Rozenboom Family Athletic Center.

The gift was initiated by First PREMIER Bank CEO Dana Dykhouse and PREMIER Bankcard CEO Miles Beacom. Each called Rozenboom a pillar of his community and a strong advocate for Dordt, its athletic programs, and its many students.

“Miles and I are so grateful for all Dave has done for PREMIER and the communities we serve,” Dykhouse said. “Dave and his family are extremely generous with their time and talents, always looking to make a positive impact. It seems very appropriate we provide this gift to Dordt, as a tribute to one of its many outstanding alumni.”

Rozenboom joined First PREMIER Bank in 2011 and has enjoyed a 36-year banking career in South Dakota. He has been active in leadership roles with numerous community organizations including Forward Sioux Falls, as well as First Christian Reformed Church, Sioux Falls Christian Schools, and Dordt University. Dave and his wife Tammy, also a 1985 graduate of Dordt, have been married for 37 years and have four children, as well as five grandchildren.

“I am so humbled by this generous gift from PREMIER,” Rozenboom said. “Dordt was instrumental in shaping my world and life view, so it’s truly an honor to have our family recognized by both my employer and my alma mater. Dordt has had a transformative impact on our immediate and extended family, and it is our hope and prayer that this gift will further enhance the impact that Dordt is able to have on its students for generations to come.”

The total project is slated for completion in 2025. The gift from First PREMIER Bank and PREMIER Bankcard was given in conjunction with the “Planting for the Future” capital campaign.